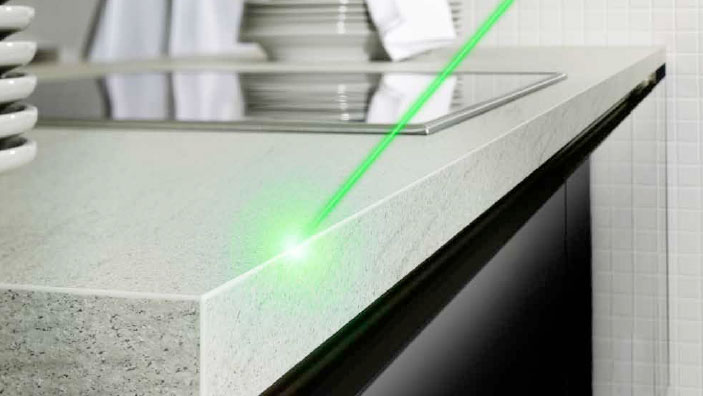 Honoured with the M-Technology Award 2008 and the Fusion-Edge nomination for the BRD 2009 Design prize, Döllken is now ready for series production of the Fusion-Edge. Gluelines between edgeband and board are thus now something of the past. Based on the laser jointing process, Döllken developed the Fusion-Edge for glueline free narrow surface coating – with no hot melt adhesive required. No adjustment is therefore required on the machine for adhesive application. Adhesive stocks are unnecessary and costs of setting up fall away. Possible through co-extrusion of a two-layer edgeband: A 0.6 to 3 mm thick ABS or PP base layer, in the décor of your choice, and a thin, integrated functional layer consisting of polymers and constituting the edgeband’s adhesive layer. It is coloured throughout in the same tone as the top layer. The functional layer is applied to the panel using a high performance laser and bonds to the board during processing via an invisible adhesion joint.

This revolutionary new technology has won over many customers already. Compared to conventional gluing, joint tightness and water and moisture resistance are better, thanks to the union of edgeband and board.